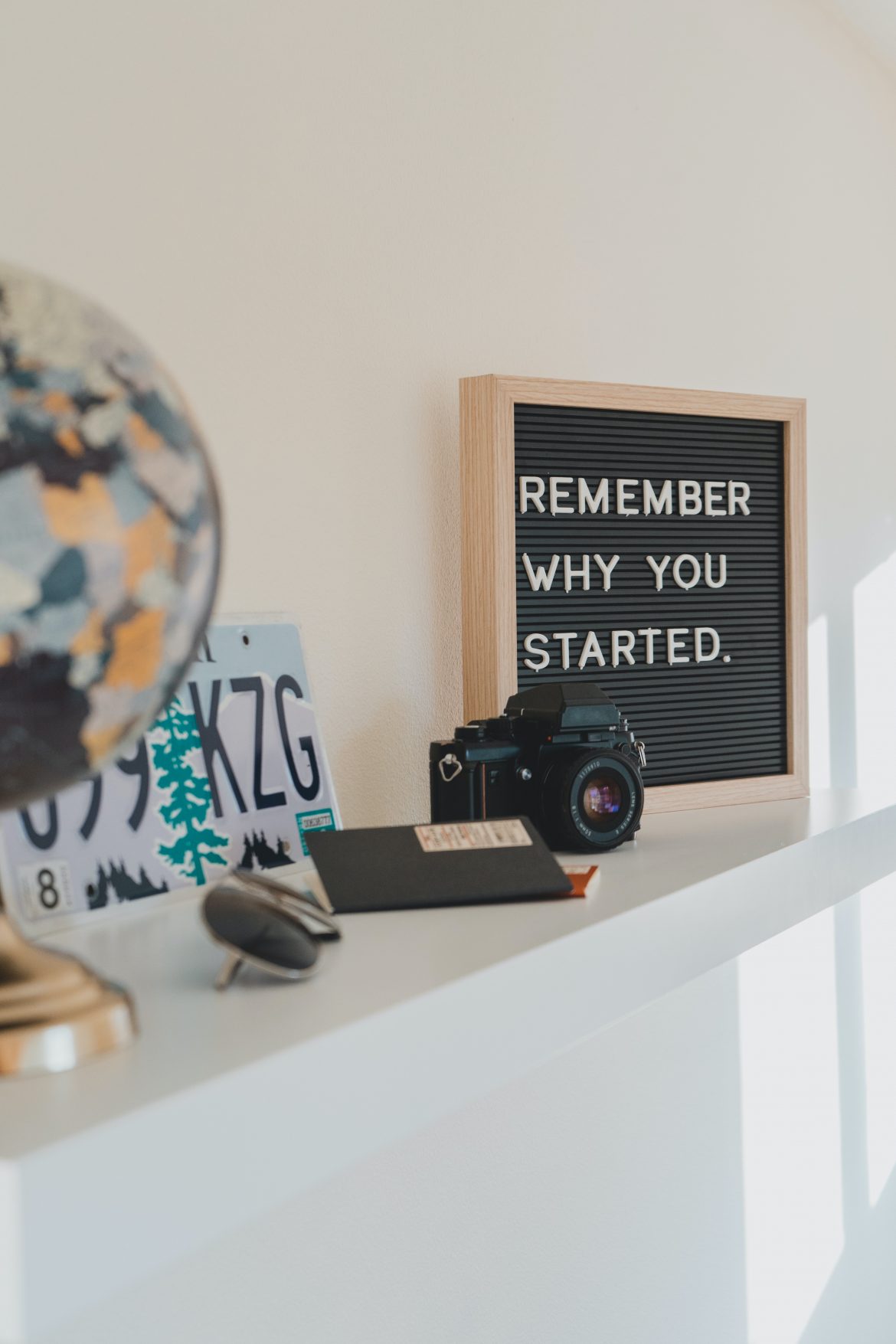 Photo by Cristofer Jeschke on Unsplash

“You possess the ability to tap a bottomless well of physical and psychic energy…. With it, you can harness the magickal power of the universe. Yet most of us unknowingly block the flow of this power, and live out our lives not reaching the potential that we could achieve if we only knew how.”

“Qigong is a jewel that has many facets.”

“Qigong is the art and science of refining and cultivating internal energy.”

— Ken Cohen, The Way of Qigong: The Art and Science of Chinese Energy Healing

“Stillness and action are relative, not absolute, principles. It is important to find a balance of yin and yang, not just in qigong, but in everyday life. In movement, seek stillness and rest. In rest, be mindful and attentive.”

“[T]he more qi-full you are, the more cheerful you are.”

“The doctor of the future will give no medicine, but will interest his patients I the care of the human frame…”

“Tai chi does not mean oriental wisdom or something exotic. It is the wisdom of your own senses, your own mind and body together as one process.”

“Tai chi is the one exercise that can universally help solve our growing health crisis. It has stood the test of thousands of years. We have a generation of baby boomers with increasing health problems; old people who are sick, in pain, fearful, and cranky; a middle class that is increasingly incapable of affording most of the drugs that are prescribed for their ailments; children that are flaccid, diabetic and asthmatic. People of all ages are addicted to drugs, alcohol, sugar, cigarettes, and caffeine. Stress follows almost everyone like a shadow.”

“The beauty of the qigong approach is that you simply start from where you are. Tiny steps can still take you where you want to go; you just need to dedicate some of your time to yourself, which is a form of self-respect and love.”

“Married to a soul and a mind, the body provides us with carnal pleasures and serves to reflect our overall spiritual and mental condition like a polished mirror…. To the extent that we can discover our own, unique balance, we are whole… and once whole, we can truly dance like the free spirits we are. Qigong (Chi Kung) calls us to the dance floor of life.”

“Master Duan dances Qigong. He moves as if entranced in a tango with the Universe.”

“Qi is that intangible energy that animates the human body and all things in this Universe. Richard Lee, founder of the China Healthways Institute, refers to it as “bioelectric-vitality,” while others call it “life force.” Western languages don’t even have a word to translate the Chinese “Qi” character. This points to a vast difference in the way people of these two cultures view the world.”

“Qigong is more than a set of exercises, it is an attitude that works to restructure one’s perspective on life, leading to balance and harmony with the world around us.”

“The beauty of being human is that our uniqueness will carve for us personal conclusions as to what Qigong is.”

“This is the essence of Qigong: a total absorption of the senses and spirit. With this absorption comes a rebalancing.”

“To be inflexible to the change around you is to live in fear. Qigong is a useful tool to improve your flexibility, both mental and physical.”

“Written and oral teaching can only seek to trigger and stimulate you, the true wu xing must come from within — as the truth derives from Nature and is constantly accessible to you. Through cultivating your inner Qi, you become strong, not as an “individual” against the world but as an integral part of the world….”

“Tai chi is often described as “meditation in motion,” but it might well be called “medication in motion.” There is growing evidence that this mind-body practice… has value in treating or preventing many health problems.”

“It has long been my dream that one day Americans of all ages, creeds and colors will be practicing taijiquan in the parks of this nation as they do in China. Few places in the world have such beautiful open spaces which can and should be used productively at no expense. The result would be tremendous improvement in mental and physical well-being.”

“Qi gong therapy, as well as other branches of Chinese medicine, can be reduced to two simple principles: the cleansing of meridians to achieve harmonious energy flow, and the restoration of yin-yang balance. “

“When you cultivate balance and harmony within yourself, or in the world – that is Tai Chi. When you work and play with the essence of energy of life, nature and the universe for healing, clarity and inner peace – that is Qigong.”

“The tone of musical instruments and our own voice facilitate deepening the resonance of our body-mind with the universal rhythms and wholeness of spirit. Yogic practices of rhythmic breath and devotion, chanting and singing, or other forms of gentle movement such as T’ai chi, promote integration…. As we align more closely with our own rhythm, serendipity is a frequent visitor as we resonate more closely with the rhythms of the universe.”

“Think of the circular path of each movement, in Tai Chi every movement is in curve or circle that has no ending or beginning.”

“Of all the exercises, I should say that T’ai Chi is the best. It can ward off disease, banish worry and tension, bring improved physical health and prolong life. It is a good hobby for your whole life, the older you are, the better. It is suitable for everyone – the weak, the sick, the aged, children, the disabled and blind. It is also an economical exercise. As long as one has three square feet of space, one can take a trip to paradise and stay there to enjoy life for thirty minutes without spending a single cent.”

“Practicing qigong is so simple and so powerful. You cannot do it wrong. You can only do it good, better, or best.”

“As the practitioner incorporates the quality of tai chi movement into his life, he finds that he stops banging into things. The result of not falling into each step provides the opportunity to instantaneously ease back from unexpected barriers.”

“Tai Chi Chuan, the great ultimate, strengthens the weak, raises the sick, invigorates the debilitated, and encourages the timid.”

“The spirit is something to be enjoyed. It is not a harsh discipline. And I think people should take some time everyday for some kind of moving meditation, like Qigong or Tai Chi.”

“Qigong is a way of being.

Being soft, yet strong.

Qigong is a way of breathing.

Qigong is a way of standing.

“If you want to be healthy and live to one hundred, do qigong.”

“Head held high and lips parted, she breathed in the music, sending it through her torso and arms and legs the way the Tai Chi teacher told us to breath the air, transforming it into energy, motion. Dancing is the body’s song, and Bess sang.”

“Prayers are designed to raise God-consciousness five times a day, through one’s life. Prayers also provide regular exercise – like yoga or Tai Chi or Qigong built into the day – and serve as a calming retreat from the daily demands of life. Muslims thus learn to balance deeni wa dunyavi (the spiritual and the worldly). They can’t abandon one for the other; that’s the essence of their faith.”

“Most people practice Tai Chi for all of its amazing health benefits. But Tai Chi is also a form of “moving meditation” that contains insights about our true selves that few people ever explore.”

— Al J. Simon, To Float Like Clouds, To Flow Like Water: Tai Chi as a Zen Path to Mindfulness

“I’ve been doing Tai Chi on and off for 20 years. The fundamentals of all martial arts are the same.”

“[S]he had been… doing the exercises she had promised Grandma to do, so she wouldn’t get the lung fever like her mammy did… rising on her toes, lifting her hands till they met overhead, pointing to the pale-blue sky, then bringing them down slowly, letting out the long breath. Ten times, breathing deep of the morning air, filling herself with refreshment while the first sun shone on the far green willows and spread itself on the water…”

“At the higher stages of energy continuation, one will find his movements are now being governed by the movement of his internal energy.”

“There is no mystique to Tai Chi Chuan. What is difficult is the perseverance. It took me ten years to discover my chi, but thirty years to learn how to use it. Once you see the benefit, you won’t want to stop.” 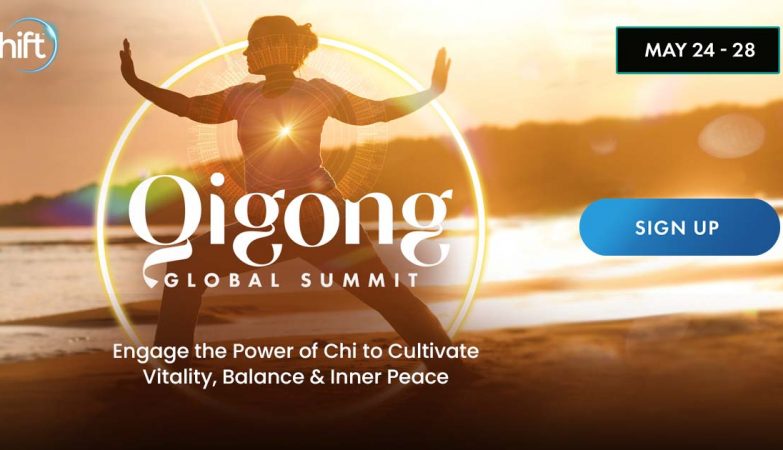 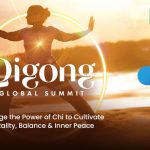